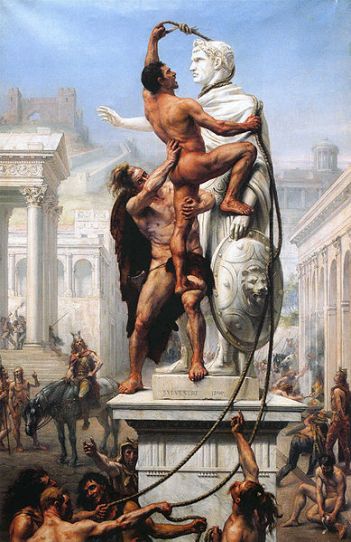 The Visigoth sack of Rome in 410 A.D. was a milestone in the fall of the Empire. Not since Hannibal reached Rome in 218 B.C. had an invading force threatened the city. In the latter case, there was no attack because Hannibal knew he could not prevail. Alaric, king of the Visigoths saw a different vista – an impotent western empire without a future.

Find what happened at http://www.mikeanderson.biz/2012/03/visigoth-sack-of-rome-410-ad.html