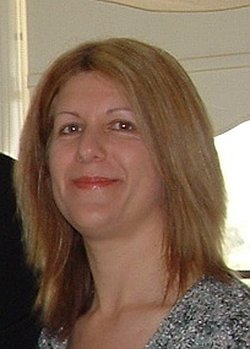 Today’s interview is with Luciana Cavallaro, author of Accursed Women: A Collection of Short Stories and Search for the Golden Serpent, the first book in a three part series entitled Servant of the Gods.

Luciana has always been interested in Mythology and Ancient History, but her passion for writing historical fiction came when she saw the Colosseum.

1. Your interest in the classical world began from reading Atlantis: The Lost Continent Revealed. What was it about Atlantis that grabbed your attention so strongly?

END_OF_DOCUMENT_TOKEN_TO_BE_REPLACED

This is one of the best explanations of who is actually telling your story–right up there with Orson Scott Card’s “Characters and Viewpoints.”

Monday, we talked about the Three Acts of a Writer’s Journey. The first hint we might be tipping into The Apprentice Phase is we hear the word P.O.V. and panic. What is THAT? Prisoners of Vietnam? Pets of Vegans? Pals of Viagra?

We ALL know writing a novel is FAR from easy. We just make it look that way 😉 .

Today, I’m putting on my editor’s hat. Many of you decided to become writers because you love to write. Duh. I’ll even bet most of you, back when you were in school, also made very good grades in English. Thus, you might assume that you naturally know how to write a novel that is fit for successful publication.

Maybe you do. But, if you are anything like me when I started out? You might not know as much as you think you do.

A friend recently asked me for some book recommendations for her teenage son. She was thinking about C. S. Lewis’ Space Trilogy (which I recommended highly) but wanted some other titles as well.

“What books did you read–or wish you had read–in your teenage years?” she asked me.

Many of the books came from my AP Literature class. Others came from classes I attended in college. Still others as recommendations from friends. I consider them indispensable to my current reading preferences, my writing style, and my worldview in general.

In order to avoid placing importance to the order, they are presented alphabetically by the author’s last name.

One of the most celebrated tragedies of ancient Greece was Oedipus Rex, Sophocles’ play about the Theban king who unwittingly killed his father and married his mother. In order to become King of Thebes, Oedipus had had to solve a famous riddle – or should that be riddles?

Oedipus was born to King Laius and Queen Jocasta of Thebes, but when Laius hears a prophecy that he will die at the hands of his son, he orders the child to be killed. The infant is left on a mountain to die, but a shepherd finds him and takes him in, raising him as his own son and naming him Oedipus (literally ‘swollen feet’, from the pins that had bound the infant’s feet together when he was found). When he grows up in Corinth, Oedipus learns of the prophecy that he will kill his father and marry his mother…

It all started with Jordanes who provides most of the literary evidence concerning the early history of the Goths. His De origine actibusque Getarum (551) is a Readers Digest version of the lost History by Cassiodorus (490-585).

Cassiodorus held several high offices under the reigns of Theoderic and Athalaric, the Ostrogoth rulers in Ravenna. I suppose he spoke the Gothic language. But scholars today question his claim that he based his history of the Goths on folk songs. More likely, he wanted to give the Gothic ruling class a glorious past matching that of Roman senatorial families. Cassiodorus probably used oral sources, but coming from a traditon of written sources, he might have known that he was putting the ‘story’ into History by merging these snippets into a coherent Whole.

It would not be the only time this happened. Geoffrey de Monmouth’s Historia Regum Brittaniae does the same by connecting the House Plantagenet to King Arthur, to name just one example.

We don’t know much about Jordanes, according to what he mentions in his Getica, he and his father held positions in the immediate surroundings of the leaders in the Alano-Ostrogothic tribal confederation in Moesia (Bulgaria) until Jordanes converted to the Catholic faith and took vows. His and his father’s name sound more Alan than Gothic to me.

Thus, we have the condensed version of a history that had an agenda, both written some 140 years after the incidents. The main tone of the Getica is friendly to the Goths whom Jordanes as well as Cassiodorus interpret as having tried to find a peaceful integration into the Roman Empire.

This is what Jordanes says about Alaric’s funeral:

Unique ideas on adding dimensions to characters–simple too.

Recently, I’ve added homeschooling The Spawn to the list of what I already do. Blog, write books, teach, run two small businesses and keeping a house clean, the yard mowed, and my family fed. As an introvert who works from home, it’s easy to realize you no longer leave the house and are talking to yourself way more than is healthy. Thus, I’ve been on a mission to break some patterns and do what might scare me (talking to other people in person).

In the spirit of this “Doing Stuff Differently” I joined some friends for a monthly game of Dungeons and Dragons, and took Hubby as a teammate. I hadn’t played D&D since I was in high school so there is a learning curve. But one thing that struck me is how being an author had changed my perspective. The…

Between Tolkien’s immense novel and Peter Jackson’s incredible adaptation, The Lord of the Rings has more interesting little tidbits than every novel I’ve read from the list combined.

I found this exhaustive list of “facts you never knew” on Empire Online, so I thought I’d share 10 of my favorites with you.

If you’re like many people, you have trouble focusing when you sit in front of your computer in the stillness of the morning as your mind wanders and you doze off… again. (Or are startled awake by the begging of the children to come play.) You stare at the screen again and hate the pathetic feeling of inadequacy as you realize yet again that your attempt at writing does not even meet your standards, let alone that of the novels written by authors you secretly dream of readers comparing you with.

In this depression, you lack the words to describe the epic-ness you know your story could hold. How do you get in the mood for the scene? How do you set the atmosphere for it?

END_OF_DOCUMENT_TOKEN_TO_BE_REPLACED

A prophecy: Emperor Valens would burn 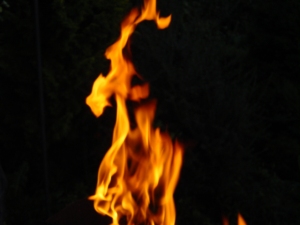 As mentioned in part 1, though Emperor Valens ruled the eastern Roman Empire, his strangeness led to a paranoia that the world was against him. He had more in common with his enemies the Goths (especially the shared Arian religion) than with his own people. As a result, many Catholics predicted that he would burn.

What led to the burning?

Planning to recruit Goths into the army, Valens allowed the Tervingi clan (one of the two largest Gothic peoples) to immigrate. Though sources differ on exactly how many Goths crossed the Danube to live in the empire, they all agree that Rome was not prepared. Some guesses are as high as a hundred thousand people. Valens must have underestimated their number, for the empire could not provide to feed them all, let alone give them land. The Goths were placed in what we would now call concentration camps, holding areas where they were cheated and abused. The price of meat? They could purchase a dog carcass by selling a child into slavery.

END_OF_DOCUMENT_TOKEN_TO_BE_REPLACED

Do you really want to time travel? Maybe the past wasn’t as perfect as we sometimes think. Check this out to find some surprises.

The Lone Girl in a Crowd

If you think Barry Lyndon is too boring or depressing outlook on life in the 18th century, here is the 1963 Oscar winning film Tom Jones which is based on the 1749 comic novel The History of Tom Jones, a Foundling by Henry Fielding. Though it doesn’t really provide an ideal portrait of life at the time, it nevertheless shows an accurate one. Still, even so, it continues to remind us that people living in the 18th century (or any other time in history) were just like everyone else, whores, bad table manners, and all.

Of course, I couldn’t end my movie history series without doing a post on daily life. Let’s just say while movies could show our perception of history, this doesn’t mean it played out like it actually did. Let’s just say if we used Smell-O-Vision in the historical film standpoint, you’d probably wouldn’t be able to…